Pavel Schmidt, born in 1956, is a painter, a draughtsman, a sculptor, a poet. He is an itinerant artist having spent various phases of his life in former Czechoslovakia, Mexico, Switzerland, Germany, Canada, France and Italy. He is an artist who is not tied to a permanent atelier, but produces his works in hotel rooms, in loaned workshops, in motorway restaurants. His voyages take him regularly to Paris and Munich, to art projects in Italy, to Solothurn and, regularly, to Bienne. He has just spent six months in Genoa, working in an atelier put at his disposition by the Canton of Solothurn. His travels reflect his curiosity, are a source of inspiration for his works, form an integral part of his strategy in the history of culture and its critical assessment that can be measured against the divergences separating north and south. This results in drawings and multilingual texts in reaction to cultural difference, but at the same time relying on common traditions.

Pavel Schmidt’s art refers in part to the long historical tradition, known since Antiquity, of iconoclasm, the custom of the ruling class of erasing political, religious and other symbols of the past in order to replace them by new ones. But in this instance the artist does not destroy original works of art in order to lend them a new function and present them in a new context. He focuses his attention on the destruction of the mass production of aesthetically legitimate images and artistic creations inspired by Greek mythology or the Age of the Renaissance. These works were copied in the course of the last two centuries, especially produced for the nascent wealthy middle classes, and during the course of the last decades were to be found as mass products commercialised worldwide.
His sculptures revert to the use of artefacts, Venus, David, garden gnomes that are all to be found in the millions throughout the world, in endless copies totally devoid of significance, mere kitsch objects in a consumer society. Pavel Schmidt infuses new life into these objects by destroying them and re-assembling them in a new fashion, or by adding to them new elements, gold, wine or beer. He charges them with a new meaning – and then destroys the statement with fantasy and humour.

His art demands reflection, it requires intense attentiveness, involves visual as well as intellectual faculties. It teaches us a lot about our culture, our world, and thus about ourselves. But some effort, some thought and close observation are necessary. Above all, it requires willingness and an open mind for all things new and unexpected. 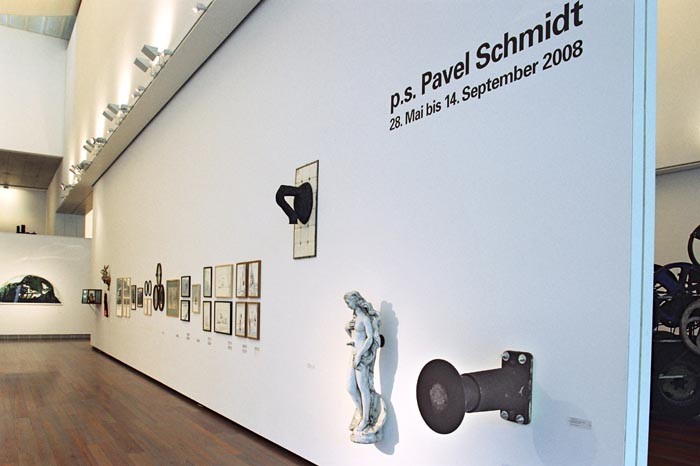 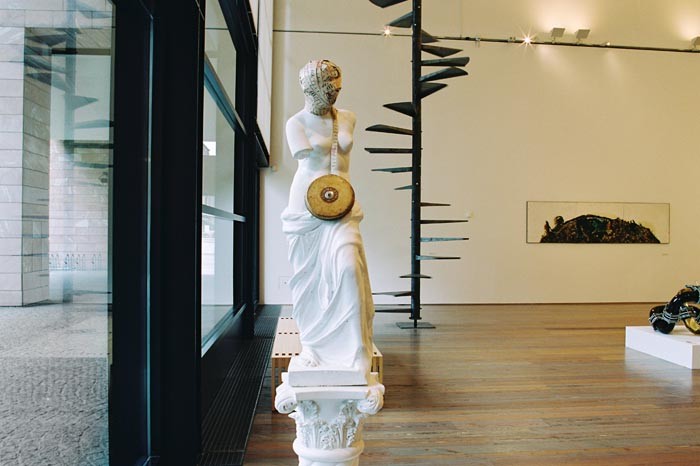 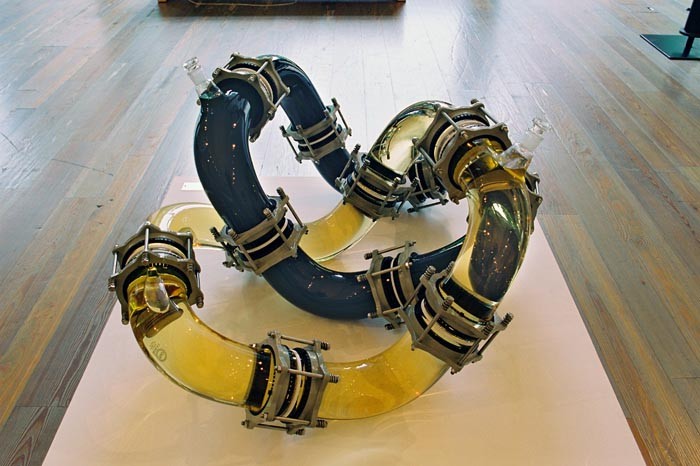 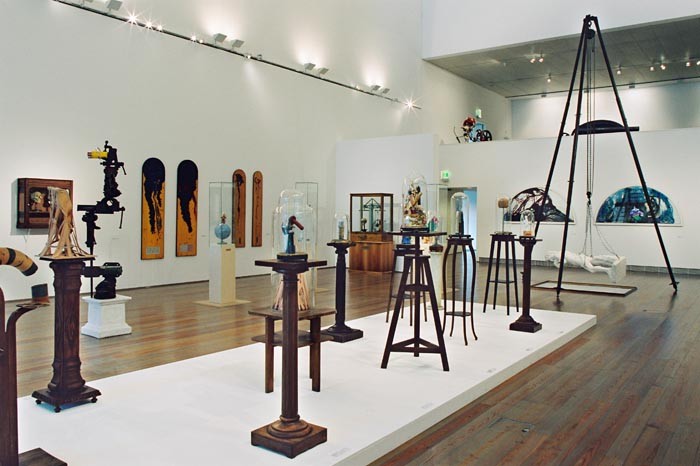 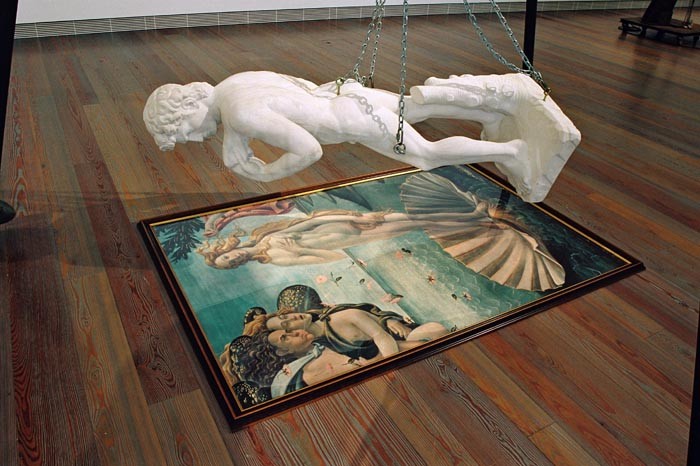 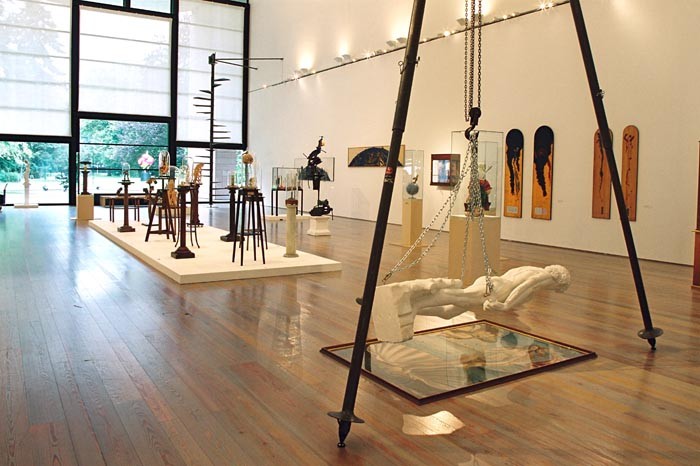 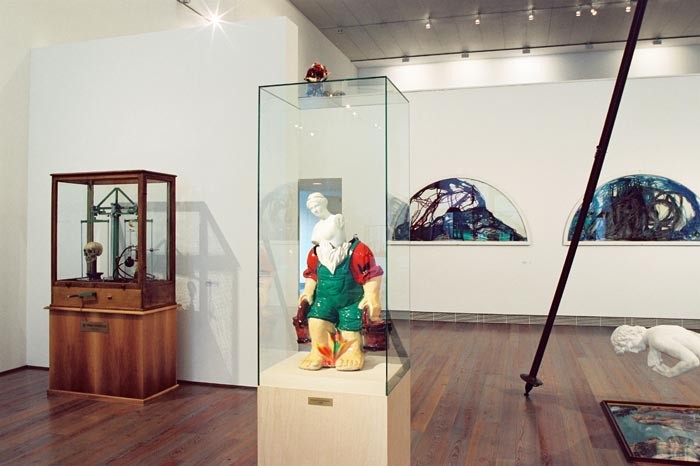 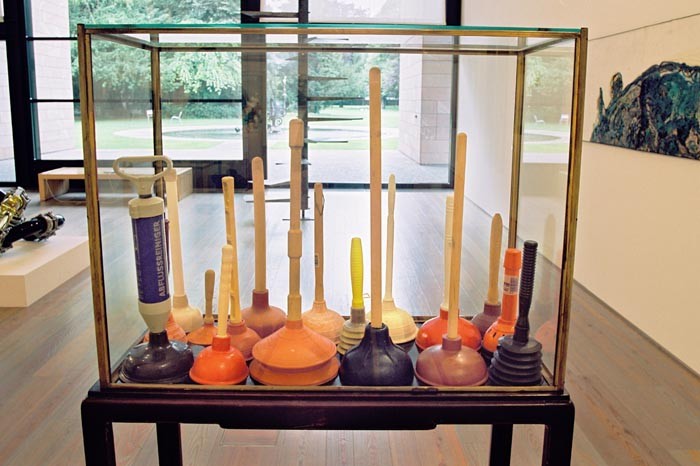