Home to the works of the self-declared amateur metalworker Jean Tinguely, the Museum hosts within its walls examples of the prominent schools and craft of the plate armourer, in a presentation of ‘menswear’ fashioned of steel for war, tournament and the parade ground. Modern female styles are represented by the couturier Roberto Capucci, and works by Eva Aeppli and Niki de Saint Phalle as well as figurines by Oskar Schlemmer lend an existential component to this world stage. All this to be shown under the eye of all sorts of “war props” by Tinguely, Luginbühl and Spoerri, as well as a comic strip “Apocalypse” by M. S. Bastian: a survey of world culture between astonishment and parody, fear and rapture.

The core of the show will consist of suits of armour from the Armoury in Graz, Styria, with a Swiss delegation from Solothurn – both are the last original European armouries. Crowning these sixty sets of armour are twelve ceremonial suits from the Hofjagd- und Rüstkammer Vienna, in a face to face with twelve specially chosen sculptural robes by Roberto Capucci (*1930), the Italian designer who over and again sought inspiration for his own creations in this “second skin” of menswear in metal.

Thus an unusual stage setting awaits you, and the museum will be transformed into a theatre.

Following an extended tour of Europe and the United States where hundreds of thousands of enthusiastic visitors were able to admire the exhibition of armour from the Styrian State Armoury Graz, Austria, the show travels in May to Basel. For the venue in Basel the presentation has been totally redesigned and adapted to relate historical armour in its technical functionality to works by Jean Tinguely.
The Styrian State Armoury was originally established as an arms depot in defence against the Ottoman menace. Around the mid-18th century at the request of the estates it was decided to maintain it as a monument to the bravery of the Styrian defence. The Armoury thus became one of the most important and complete collections of armour worldwide.
The exhibition in Basel will not deal primarily with the historical events that led to the establishment in the 16th century of such an arms depot on the south-eastern frontier of the Habsburg Empire that was heavily under Ottoman threat, but will treat the suits of armour beyond their function as body protection and mainly as garments that were subject to the same currents of fashion as were the fabric models that inspired them. It is revealing to what extent the desire for aesthetics was able to overcome technical constraints and at the same time make use of them. On one hand, the suit of armour remains a functional unity that mainly protects the wearer but also affords him a certain degree of mobility; on the other hand, one can sense the fabric model in various details such as the colouring, the etched decoration of the hard surface of the steel. A few select examples of ceremonial armour from the Hofjagd- und Rüstkammer, Kunsthistorisches Museum Vienna are being added to the loans from the Styrian State Armoury in Graz so as to present as broad a survey as possible of the diverse methods of working and shaping the metal. Information boards will explain the individual procedures in metalworking and provide a deeper understanding of the artistry behind the profession of armourer.
In contrast to the cold male world of the iron man Haute Couture models by the Florentine designer Roberto Capucci present the sensual and delicate feminine element. Capucci’s creations lend themselves particularly to a dialogue with historical suits of armour since the designer considers his works to be sculptures, the soft fabrics converse with but also offer a contrast to the iron envelop of the suits of armour. This antithesis is the expression of a basic human principle already known in antique mythology that coupled Venus, goddess of love and sensuality, with Vulcan, the accomplished smith – the subject matter also of numerous paintings representing Venus in Vulcan’s forge.
Over ten years ago a most successful exhibition took place in Vienna with a daring dialogue between Capucci’s robes and historical ceremonial suits of armour. The combination of highly polished steel and the soft drapery of evening robes underline the festive character of the presentation, while the functional aspect of the armour ties in with the fantastic machines of Jean Tinguely. Thus, the exhibition underlines the two essential features of armour as gala dress and as protective covering for the human body, and sheds new light on historical arsenals of which Switzerland also has a few.

The official presentation of the publication will take place on Sunday, June 14, 2009 at 10:00 a.m. on the occasion of the Art Breakfast at the Museum Tinguely. 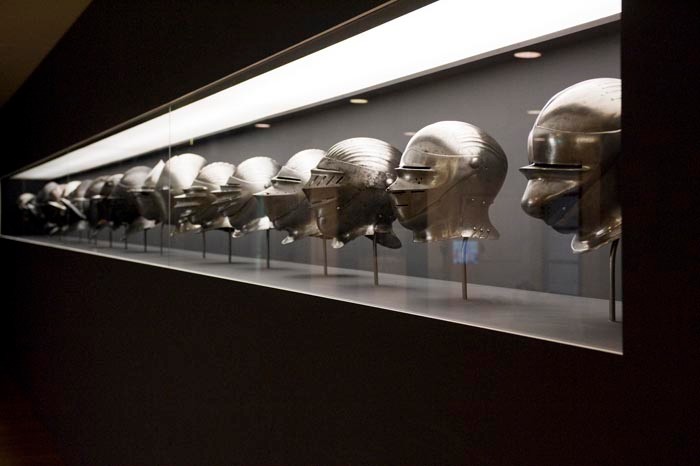 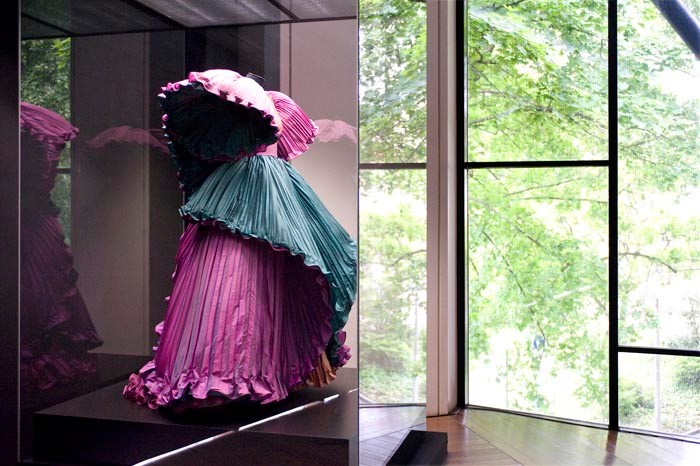 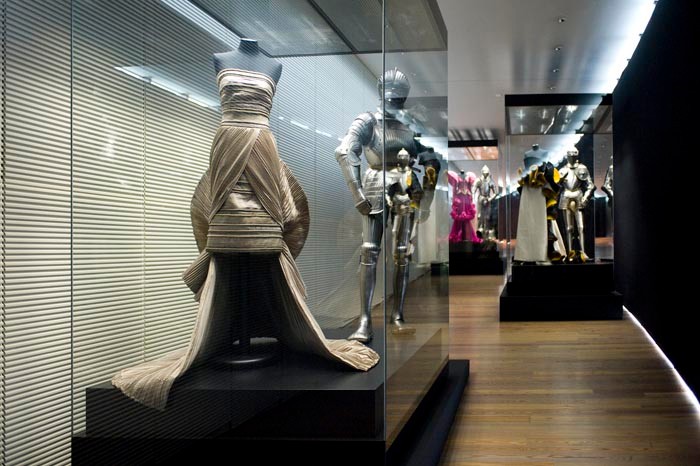 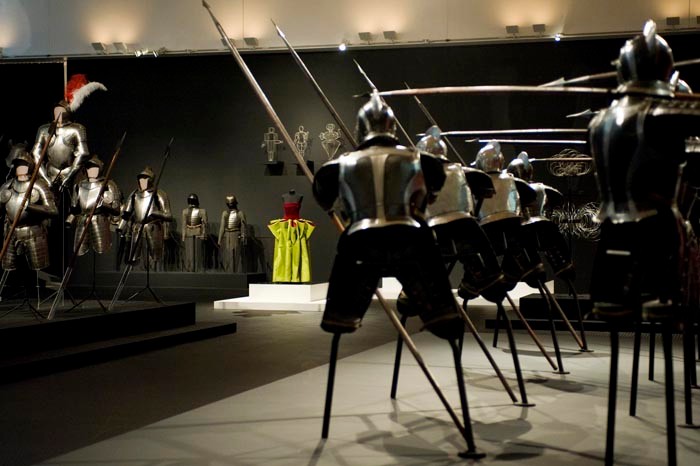 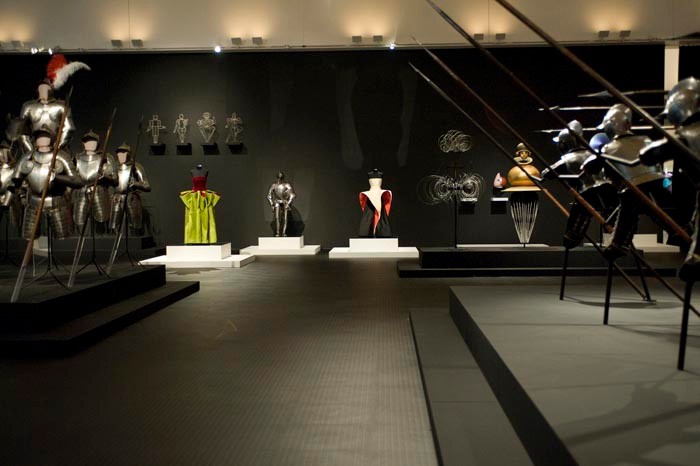 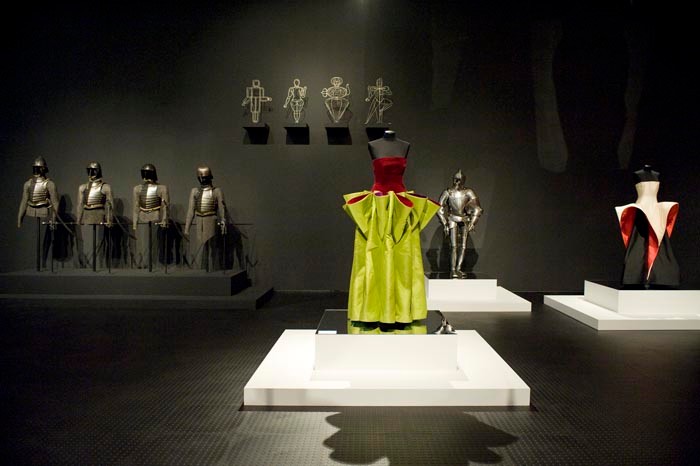 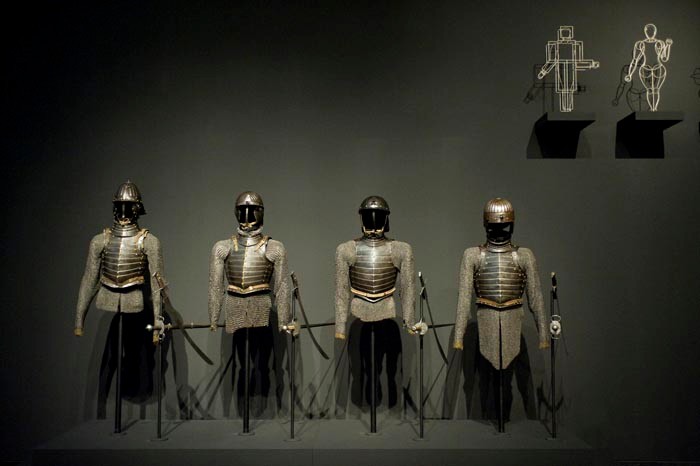 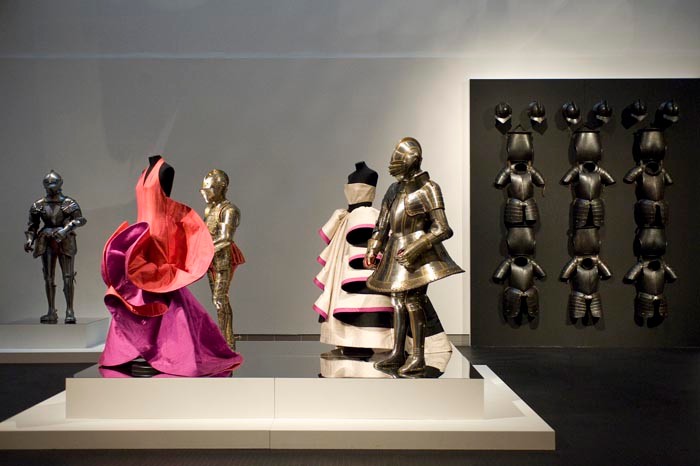 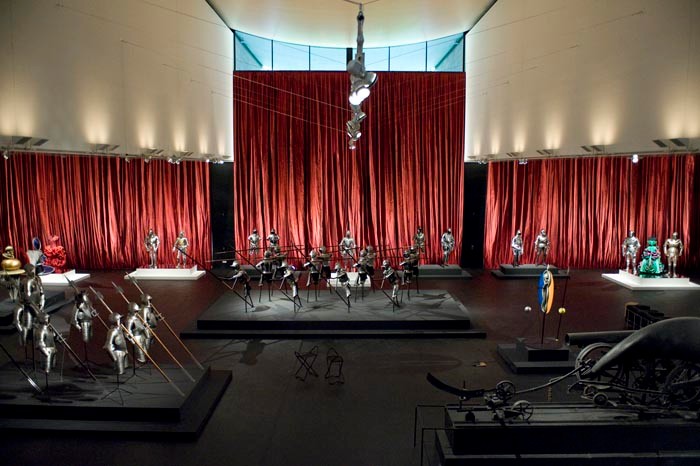