Museum Tinguely is showing a documentary presentation featuring approximately 100 extraordinary and hitherto largely unpublished reproductions of black-and-white photographs by the journalist and art critic Maria Netter (1917–1982), who resided and passed away in Basel. Maria Netter, who came from a Jewish family, left Berlin in 1936 in order to study in Basel. Following studies in Art History, she went on to become one of the most influential and courageous critics of the contemporary art scene in the German-speaking region. Self-taught photographer Maria Netter was rarely seen without her Leica M3 compact camera, which was introduced on the market in the early 1950s and which allowed her to take snapshots without a flash. Her artistic forays gave rise, among others, to photos of artists, gallery owners, collectors, museum curators and exhibiting institutions, but also of many friends. In multiple cases she used her own photographs to illustrate her texts. Maria Netter began writing as an art reporter for the Basler Nachrichten while still pursuing her studies. From 1943, her reports were also published in the Basler National-Zeitung, the St. Galler Tagblatt, and the Luzerner Neuste Nachrichten. After that she wrote on a freelance basis for major Swiss art magazines and newspapers such as, among others, Das Werk, Graphis, or the Schweizer Monatshefte, as well as for Die Weltwoche, the Zürcher Tat and the Schweizerische Finanzzeitung. 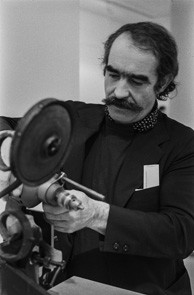 Maria Netter was a sharp-minded, cultivated intellectual, an art journalist with a rebellious spirit, imaginative humor, and a great passion for photography. Together with the critiques, which she wrote mostly on the basis of personal interviews with artists and well-known protagonists in the Swiss and international art business, her photos are a living document of the great upturn in visual art and its associated changes in the period from 1945 to 1975. From the new beginning represented by Abstract Act after the Second World War through to American Abstract Expressionism, via Pop Art, Nouveau Réalisme and Minimal Art and Concept Art, from Arte Povera to happening and performance: Maria Netter was an “eyewitness of the modern age”. Her photos and astute texts narrate art history.

Netter had a particular fondness for contemporary artistic creation, which, at that period, often met with incomprehension and rejection among the general public. As a journalist, she attempted to animate the art audience to confront what was new and unusual in contemporary art. Without doubt, one major inspiration was Georg Schmidt, who was a close personal associate as well as a Basel museum director, under whom she worked as an assistant after completing her studies in 1944. When Maria Netter began writing art critiques in 1943, this professional genre had few female repre-sentatives in Switzerland. The only ones in addition to her were the German Herta Wescher, who likewise lived in Basel from 1942 and wrote as a journalist for various international newspapers, the art historian Carola Giedion-Welcker from Zürich, and Basel resident Georgine Oeri, who also lived occasionally in New York and, from there, reported mainly on America’s young art scene of the time. Netter’s verdicts on the various new art movements were astute and highly independent. She pulled no punches in her critiques and made her own judgment crystal clear. She therefore challenged many a notion, and her articles were not always warmly received, either among all readers or among all artists and representatives of art and culture institutions. She also had preferences for certain new artistic forms of expression, for Minimal Art, for example. At the same time, at first she took a critically distant stance toward other art movements, Pop Art, for instance. It was not until after 1966 that she began to acknowledge the triumphal march of Pop Art in the USA and Europe. Equally, Maria Netter did not succeed in recognizing, from the start, the particular artistic quality in the œuvre of Jean Tinguely. 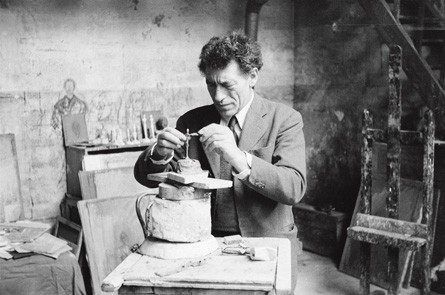 At first, she could make very little of the “shaking, constantly teetering conglomerates of refuse made up of rags and rusty tin cans of the early Sixties”. She found rousing words for Tinguely’s creativity for the first time in November 1967, on the occasion of the exhibition, “Luginbühl – Tinguely” at Kunstmuseum Luzern. From the late 1960s, Netter also showed increasing interest for the backgrounds of the art market, which, especially in Switzerland, had achieved powerful buoyancy at that period. Netter was one of the first specialist journalists to place the modern art trade under critical scrutiny. Her articles were published in business and financial newspapers under the “Art Market” rubric until shortly before her death in 1982. Even decades later, Maria Netter’s portraits and photo reportages of artists are able to convey the charismatic side of the various artist personalities (who include Alexander Calder, Alberto Giacometti, Joseph Beuys, Irène Zurkinden, Jean Tinguely, Niki de Saint Phalle) to the beholder. This particularly applies to the portraits, in which a clear rapport and familiarity between artist and photographer can be felt. For Maria Netter, taking photographs was more than a private hobby. This is proven by the fact that she also submitted her photos for international contests, as she did with the portrait of Max Kämpf from 1954, for example. She also demanded emphatically that her published photos be identified with her name.

In Basel, Maria Netter had a significant share in the city’s unfolding development into a city of art and culture of the modern age. She commented on the growth of local museum collections, whose directors and benefactors she usually knew personally. 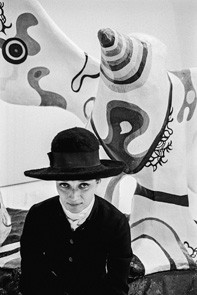 She encouraged young artists, curators, and gallery owners to commit to the art scene in the here and now. Maria Netter became an influential personality in Basel’s artistic life. As a press spokesperson and a member of the expert committee of Art Basel, she also played a role in the international success and rapid growth of this art fair, which was organized for the first time in 1970. From the end of 1975 onward she also belonged to the Kunstverein committee, which decided on the program of the Kunsthalle in Basel. Maria Netter bequeathed her written legacy to the library of Basel University. After her death in 1982, she left behind her photographic legacy, which consists of approximately 20.000 units featuring around 10.000 art subjects, to the Schweizerische Stiftung für Photographie , which was based at Kunsthaus Zürich at the time. Since 2014, this legacy has been located on permanent loan to Winterthur-based Fotostiftung Schweiz at the Swiss Institute for Art Research (SIK-ISEA) in Zürich, where it is consolidated and made available for research purposes.

The book’s theme is the international artistic awakening after the Second World War, a unique period featuring extraordinary artists, important collectors, ground-breaking art mediators, and courageous gallery owners. This awakening is observed and accompanied in word and image by the art critic Maria Netter, whose texts and photographs are being made accessible to a closed audience here for the first time.

Realization of the documentation on show at Museum Tinguely was supported by the amicable collaboration with Dr. Bettina von Meyenburg- Campell and Dr. Rudolf Koella, the authors of the abovementioned book on Maria Netter, Basel’s Schwabe Verlag, and the Swiss Institute for Art Research (SIK-ISEA), Zürich.