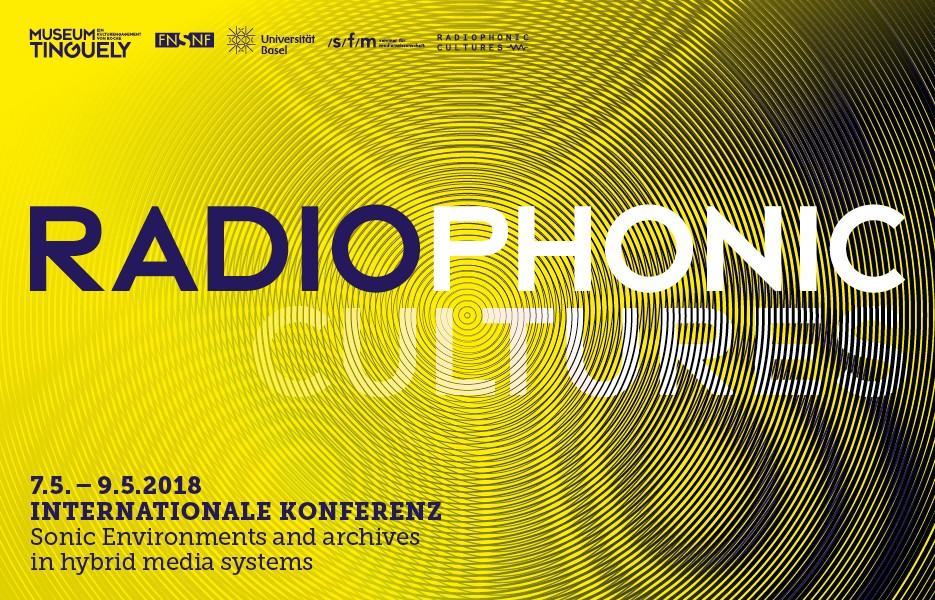 Developed into a crucial form of communication over the course of the 20th century, radio is currently undergoing processes of fundamental reorganization that can be summarized by the byword digitalization. When considered using the much older term radiophonics, these processes unleash conceptual possibilities that far surpass any simple scheme to economize or accelerate production- or broadcasting-forms. In the practices associated with broadcasting and listening on and with electromagnetic waves, noise — i.e. the sonic components not notatable in conventional musical scores — becomes part of the composition.

The «Radiophonic Cultures» Conference assumes that radiophonic art experimentally and self-reflexively negotiates the boundaries of what is defined as music in the following three ways: (1) When understood in terms of radiophonics, the defined limits of music and sound shift. (2) The cultural techniques of radiophonics transform compositional techniques, which concern not only the structure of music but also the spatial effects produced through studio techniques and broadcast structures. For this reason, (3) the concept of radiophonics challenges media-theoretical reflections on the production of collectives, connectivities, and historically-specific subjectivities.

In negotiating these aspects of radiophonics, the history of radio proves itself to be a history of producing the future through experimentation, modelling, and experience. Producing the future (not only the future of radio) is hard work. It is not without reason that in acoustics there is no equivalent for what in the visual realm would be called «vision». The radio has to be on air, to be at all.

The interdisciplinary conference «Radiophonic Cultures» investigates the history of radio and its sounds as a history of the tensions and interactions among its technical, aesthetic, and political dimensions and thus plumbs the depths of future radio’s potentials.

The conference is organized by the SNF-Sinergia research project «Radiophonic Cultures - Sonic Environments and Archives in Hybrid Media Systems» at the University of Basel’s media studies and musicology departments, the FHNW Hochschule für Musik Basel, and the Bauhaus-Universität Weimar in cooperation with Museum Tinguely, Basel.

In the context of the radiophonics research project the Chair for Experimental Radio at the Bauhaus-Universität Weimar has developed the exhibition «RADIOPHONIC SPACES». This acoustic parcours through radio art, will take place at the Museum Tinguely in Basel (24 October, 2018 – 27 January, 2019), at Haus der Kulturen der Welt, Berlin ( 1 November – 31 December, 2018), and at the University Library of the Bauhaus-Universität in Weimar ( July – September 2019).

Latest information on the exhibition:  www.uni-weimar.de