Josef/Sepp/Sep(p)i Imhof was for many years the assistant of Jean Tinguely. Since the inauguration of the Museum Tinguely, he has also been responsible, next to other duties, for the conservational upkeep, installation and de-installation of the mechanical sculptures of the Swiss iron sculptor.
Sepp Imhof is taking his well-deserved retirement in May of this year.
As a parting gift he has been given free rein to have a showing of his choice in the museum: starting with Leonardo Bezzola’s monumental photo installation on the work of Tinguely & Co on the enormous sculpture Cyclop, as well as mechanical sculptures, colourful letter-collages, drawings, unique draughts of works and Tinguely’s instructions to Sepp, not to forget a Ferrari collection and empty caviar tins, one of the artist-duo’s favourite dishes. There will be works of art, photographs and documents on many artists who since 1971 left an imprint on the life of Imhof, the welder from Solothurn: above all Jean Tinguely, but also Eva Aeppli, Bernhard Luginbühl, Niki de Saint Phalle, Daniel Spoerri, Peter von Wattenwyl, Arman and other Nouveaux Réalistes such as François Dufrêne figure in the exhibition.

Josef Imhof was born on May 23, 1943 in Berne. His childhood was spent in Solothurn. After his apprenticeship as a fitter or construction fitter he worked amongst others at the Von Roll rolling mill in Gerlafingen.
In 1970 he fell upon the following advertisement in a daily newspaper: “Jean Tinguely is looking for a fitter or construction fitter (German Swiss) as of July 15, for a period of c. 6 months; multitalented and free from vertigo, driver’s license (knowledge of Jass [card game] required), f. t. construction of a monumental iron sculpture in the neighbourhood of Paris. Board and lodging provided.”
The spontaneous decision to answer this ad was to firmly determine the next 20 years in the life of Josef Imhof. As a qualified fitter he became Jean Tinguely’s assistant and was expected by the artist to weld better than he himself could.

After installing the exhibition “Machines de Tinguely” at the CNAC (Centre national d’art contemporain) in the spring of 1971 in Paris, Sepp Imhof’s work as Tinguely’s assistant started for real: together with Niki, Bernhard Luginbühl, their assistants and other artist friends of Tinguely the monumental sculpture La Tête or Le Cyclop initiated in 1969 started to take form over many years in Milly-la-Forêt, in the neighbourhood of Paris.
Sepp Imhof was the guarantor of the material realisation of the artist’s often fantastic ideas. The sculpture measuring 22.5 m high took more than twenty years to complete and, until its official inauguration in 1994, required 300 tons of iron.

Josef Imhof also participated in numerous other projects of Jean Tinguely.
Seppi has collected and kept down to the smallest chit of paper recording innumerable souvenirs of his work and rich experience at the side of Jeannot and other artists. A selection of these will be exhibited in the museum. Amongst them are colourful letter-collages that Jean Tinguely sent him from all over the world: they reveal the endless creativity and fantasy of the artist who like to jot down and give shape to his ideas, thoughts and desires from his impressions and from objects of daily use or discarded items. His letters from all over the world to his assistant Imhof are particularly important documents that teach us about Tinguely’s approach to his work.

Further to his activity as assistant to the artist, from 1975 on Josef Imhof also ran the Freitagsgalerie (Friday Gallery) in Solothurn with his brother Rolf. 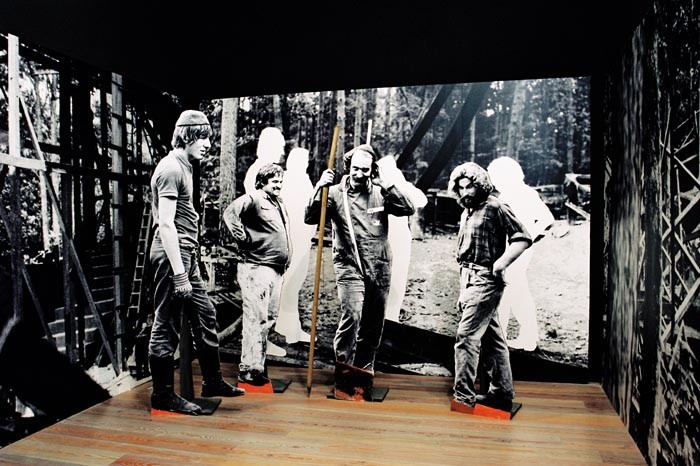 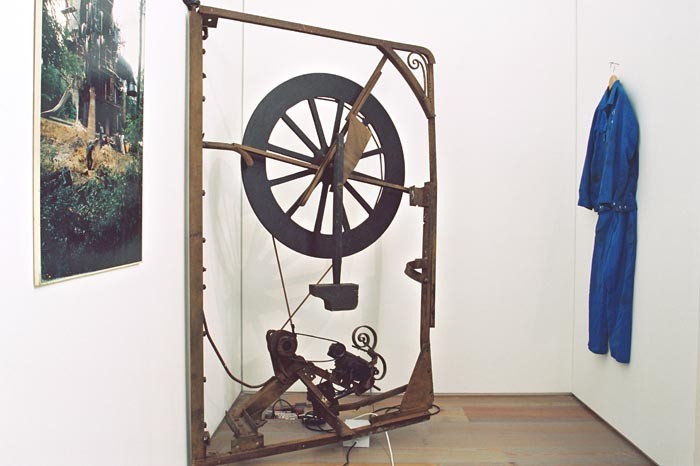 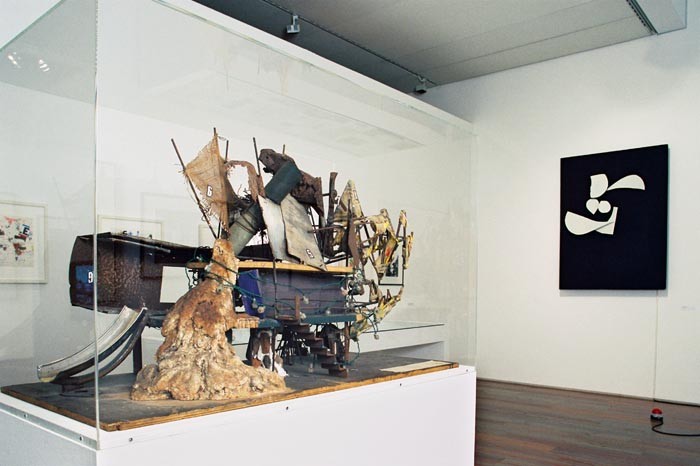 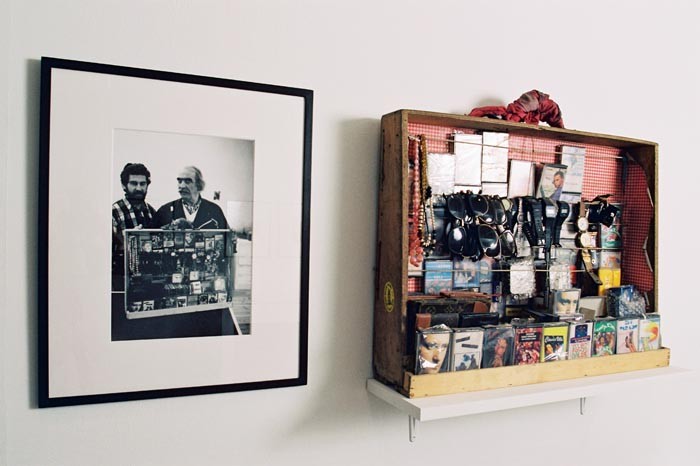 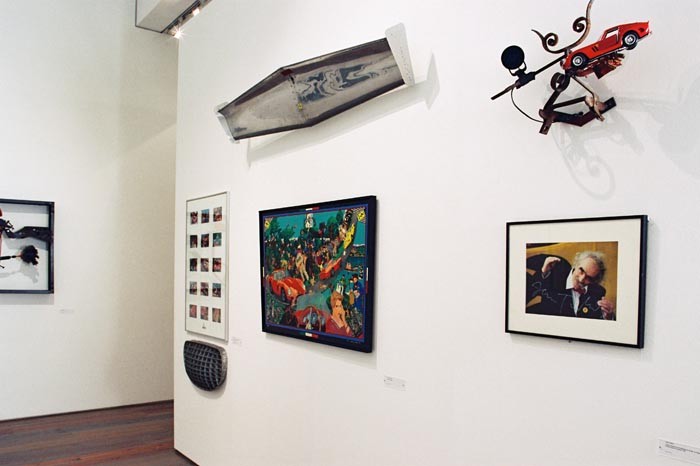 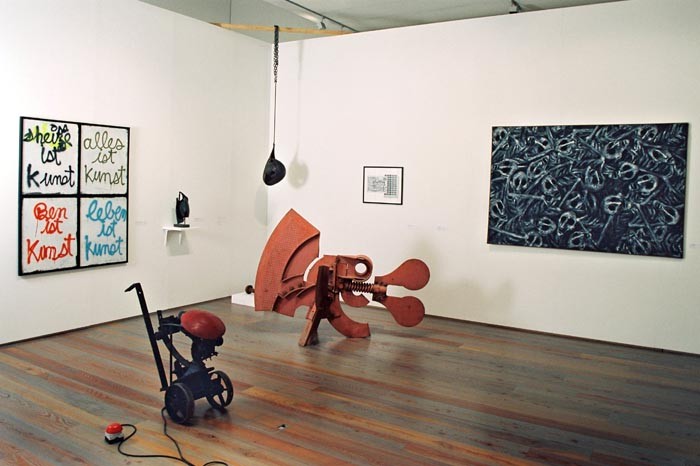 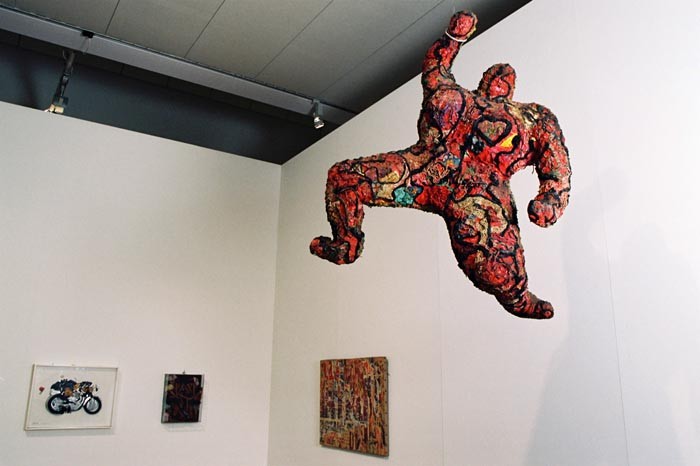 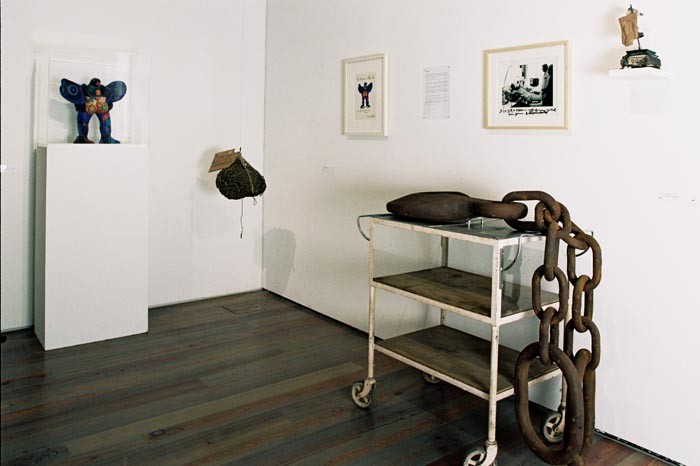 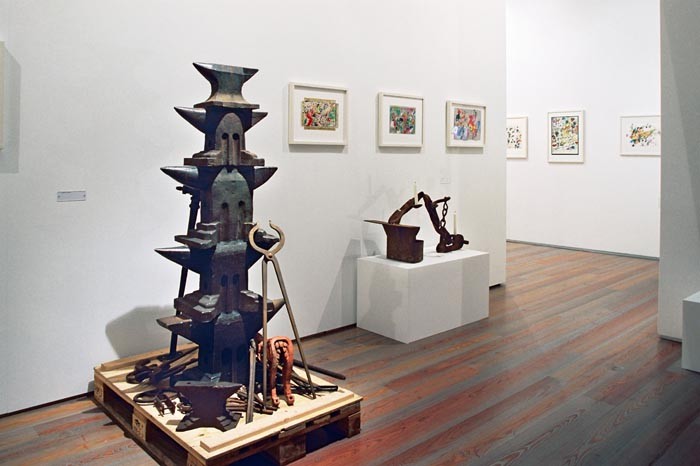