In 2013, just in time for the Carnival activities, the Museum Tinguely was presenting a special exhibition devoted to Basel’s traditional “Fasnacht” celebrations.

The focus is on the “Kuttlebutzer”, the highly creative non-conformist “clique” (Carnival group) in which Jean Tinguely was active for almost twenty years. From 1957 to 1999 the Kuttlebutzer exerted a formative influence on the character of the Basel Fasnacht. The exhibition features design drawings, props, papier mâché masks (“Larven”) and documentary material related to the Kuttlebutzer. The exhibition thus sheds important light on the development of what is the largest annual popular festivity in the whole of Switzerland.

Graphic artists, designers, and artists always played an influential role in the group, who always spent the Fasnacht days at a distance from the customary routes. Their constant rebellion against the official Fasnacht Committee was legendary, and led to such spectacular actions as the great Bumm of 1974 in which the Committee was symbolically blown up with smoke and petards. This was also the first year that Jean Tinguely was involved. On this occasion he was in charge of the explosions; later he designed several Kuttlebutzer formations. Amongst Tinguely’s most important and influential creations were the Stadtindianer (“City Indians”, 1976), the Atompolizei (“Atom Police”, 1985), and the Pleitegeier- und Phönixzug (“Bankruptcy Vulture and Phoenix Procession”, 1988). All were artistically designed, the last mentioned in co-operation with the artist Christoph Gloor. From the very beginning it was a central Kuttlebutzer principle that every member of the group should be involved in the realization of the subject chosen. Alos in the Fasnacht processions designed by graphic artists Ferdi Afflerbach, Robi Hiltbrand, Hanspeter Hort or in Max Kämpf’s famous Geisterzug (“Ghost Train”, 1965), all those involved were always responsible for creating their own costume and mask. This resulted in a diversity quite different from the uniformity that had long been characteristic of the traditional Carnaval formations. Now it is normal practice for every “Fasnächtler” to be creatively involved.

The Kuttlebutzer originally developed out of an eponymous “Schnitzelbangg” (group that sings satirical songs in Basel hostelries at Carnival time), which regularly caused scandals in the later 1940s and 1950s with its controversial texts and originally designed “Zeedeln” (pamphlets bearing ironic verses). The singers subsequently maintained their satirical spirit in the clique, which immediately attracted attention with its feisty critical statements. In 1959 the title of the formation was “Kuttlebutzer auf dem Wege zum Ruhm” (“Kuttlebutzer on the Path to Fame”), which was a critical protest against the censoring of a Stanley Kubrick film by the Swiss federal government (under pressure from France, after the French army had taken offence at the film having shown it in a bad light). The Kuttlebutzer’s attitude of protest in defense of freedom of expression and artistic creativity became part of their general agenda and often influenced them in their choice of subjects. 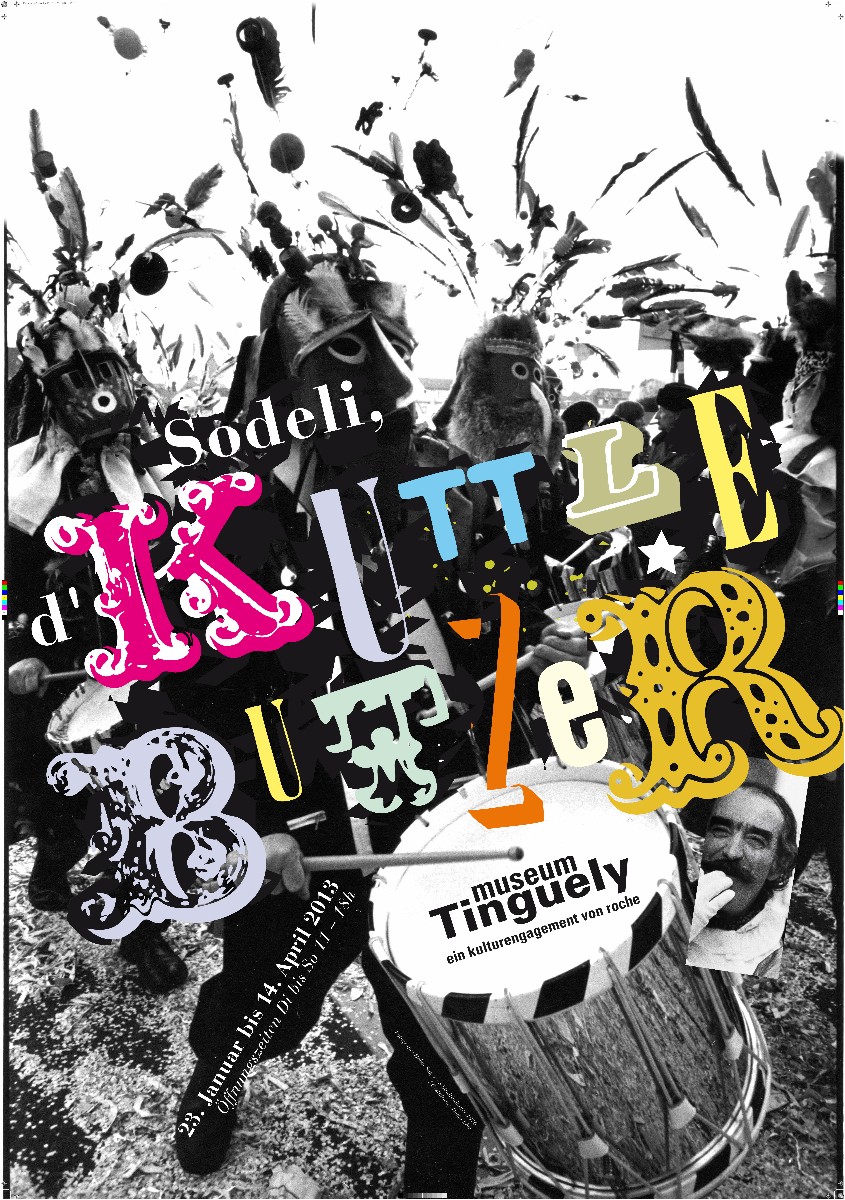 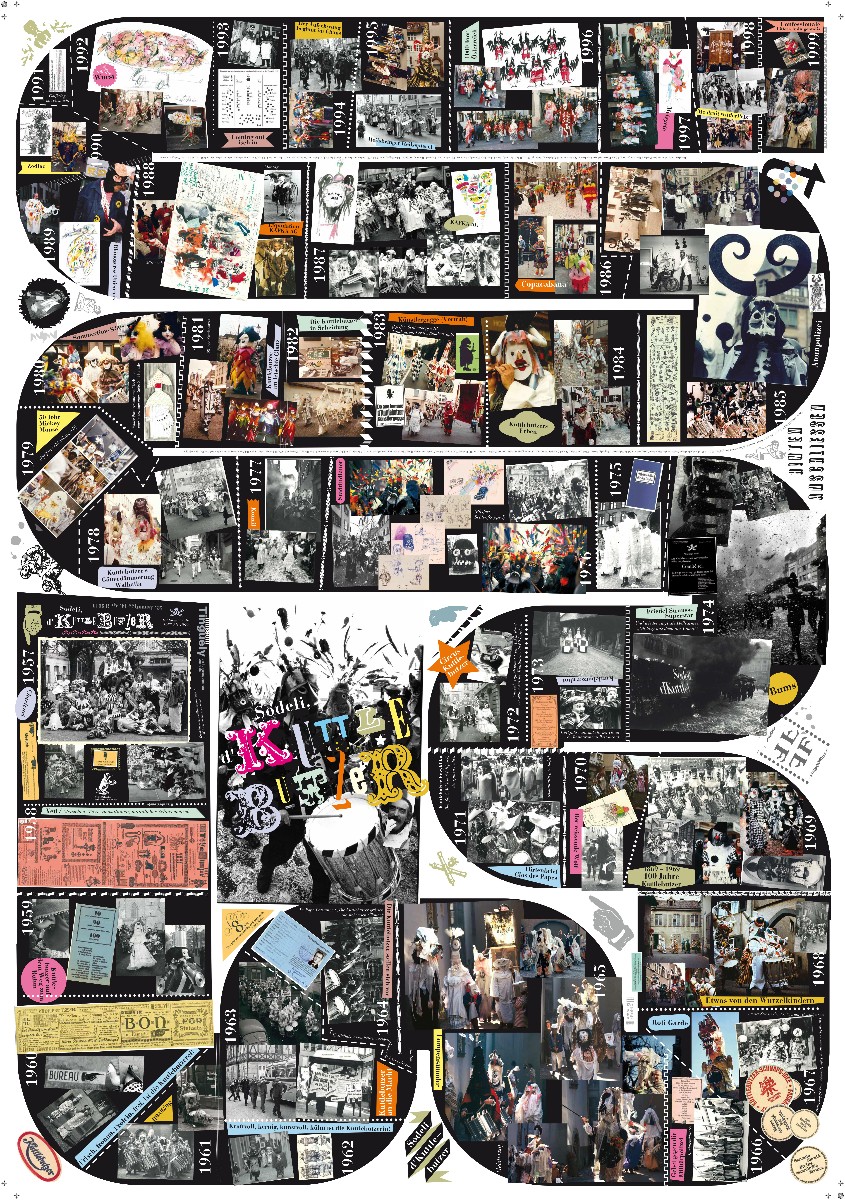 The history of the «Kuttlebutzer»
Graphic Design: Domo Löw, Basel 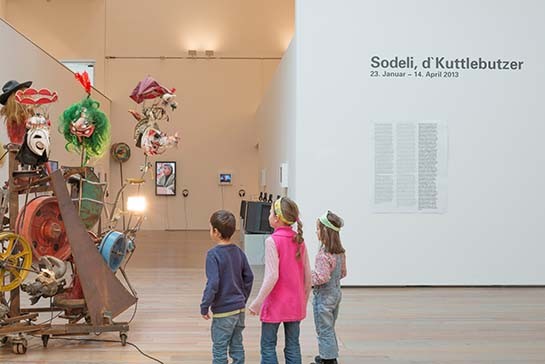 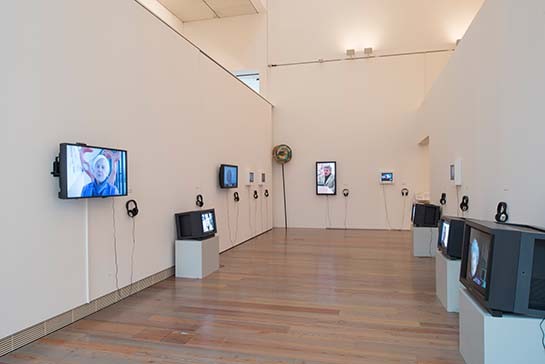 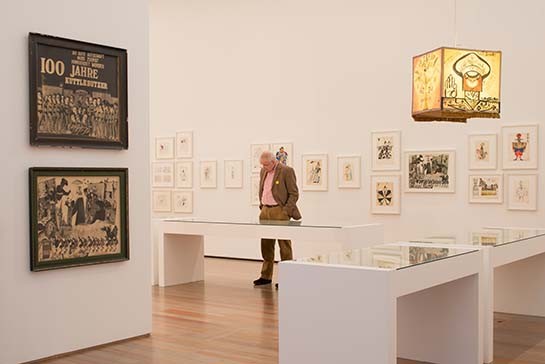 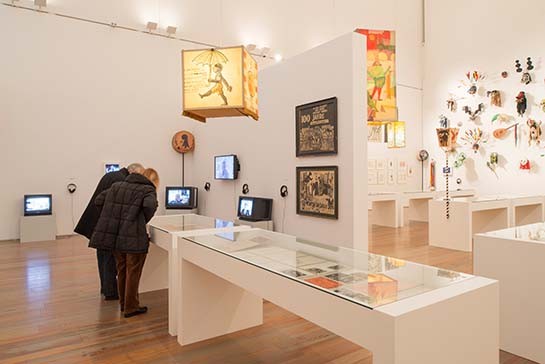 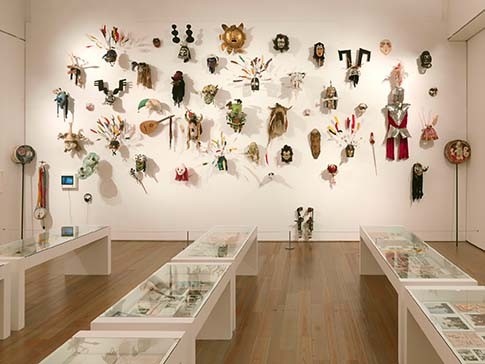 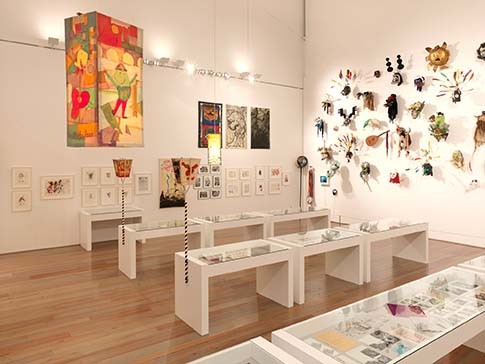 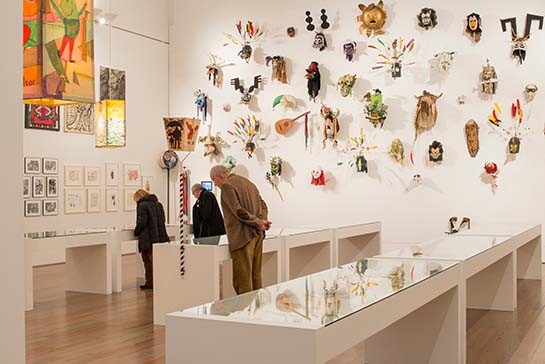 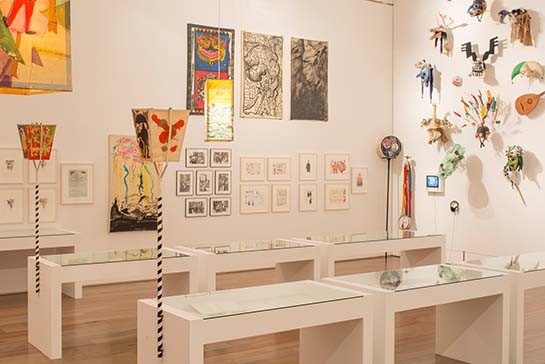 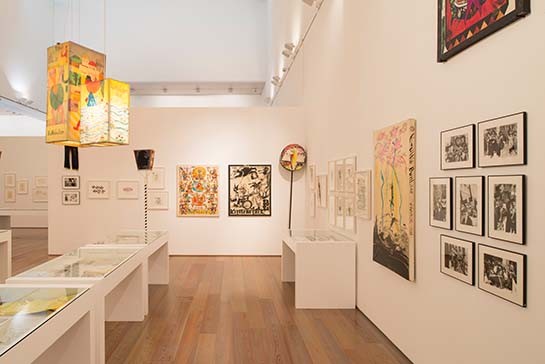 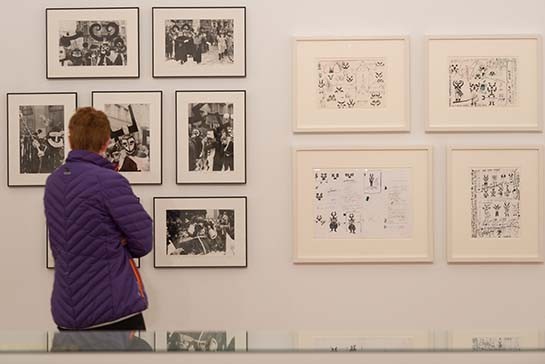 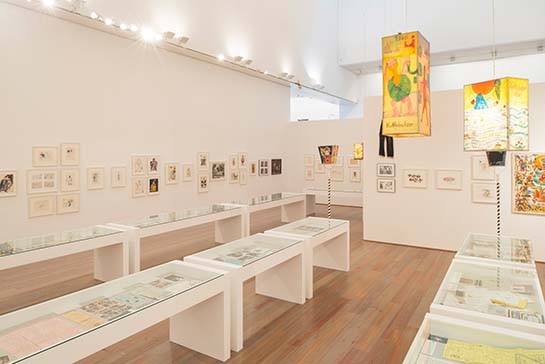 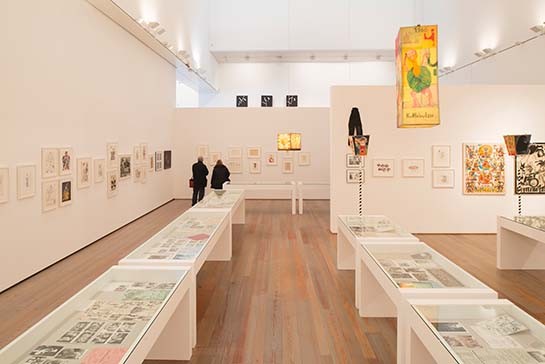 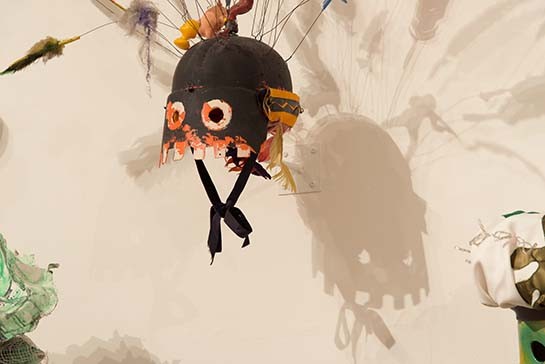 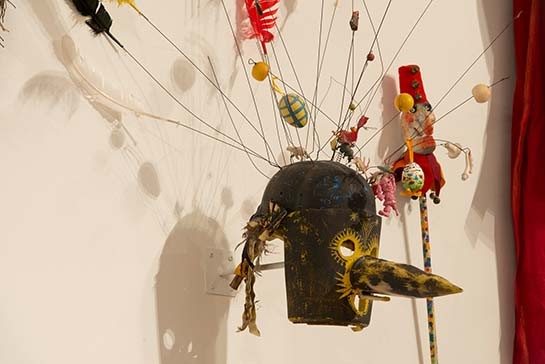 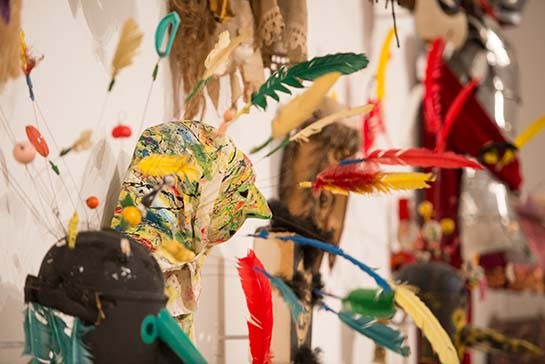 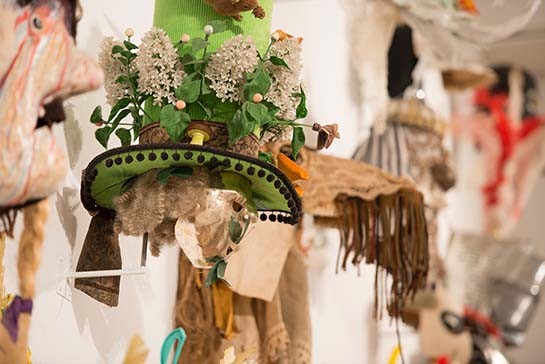 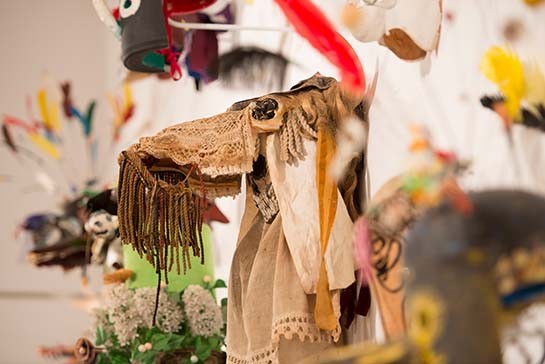